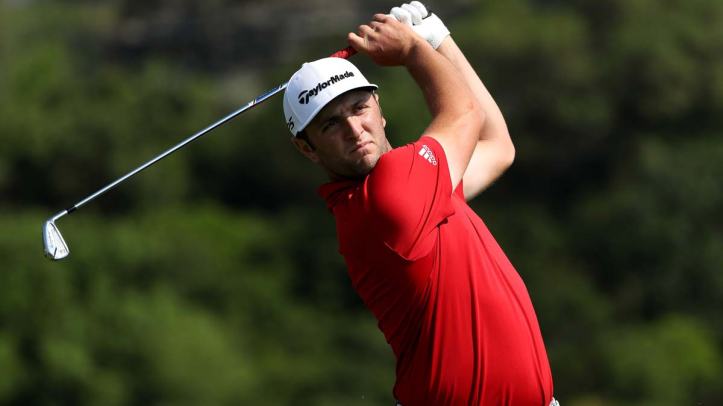 Whew! What a couple of weeks the restart has been in the PGA world. Bryson I am quite sure has some drives that have yet to come down, Brooks has been hot in the twittersphere, and we have a new number 1! Congrats to Jon, that was an absolute dominating display of golf. What’s even cooler is seeing the amount of people jump onto the golf band wagon, and to dive further, the gambling aspect of it (imagine if the golf channel, you know, actually showed the tournament all day how even BIGGER the band wagon would be! But why would we ever make something simple. At least their app is first class…I digress). And now we are currently live in the 3M Open week, where we have gone from the toughest field EVER in a PGA tour event, to an event where Lucas Glover opened with the 6th best odds on Monday morning – just a WEEBIT of a drastic change. So maybe outright markets aren’t something to expose this weekend, so why don’t we pivot to round by round outcomes.

Since getting into golf gambling, and quite honestly just understanding more about golf in general, it is quite clear that ball striking reigns supreme, and putting is more of a fluid “win some, lose some” type of round by round battle. Now of course there are some just flat out really bad putters that have to be taken into account when using this idea, but overall, we’ll think of putting as a day by day thing. Take this past week with Jon. He gained .57 strokes putting (SGP) on the field, which was above average, but no where near the top (Mackenzie Hughes, 2.27). However, Tee to Green (SGTTG), Jon gained 3.87 strokes on the field, which was almost .6 strokes more than 2nd (Ryan Palmer, who finished 2nd – kind of cool). When we look at Tee to Green, we really want to focus on Approach – how well are they hitting/striking the golf ball? Obviously, there are the extremes to each side – take Talor Gooch and Joaquin Niemann last week. Gooch was 3rd in SGP – 2.04 – but was abysmal Tee to Green, losing 2.5 strokes. Niemann – who admittedly is a bottom half putter on tour, was a +2.4 SGTTG, but lost 2.86 SGP, and missed the cut by 1. So, is it law that this idea that ball striking rules over putting will always hold up? Of course not – we are hitting a little white ball remember. But we can use it to make better educated bets. Let’s go through a couple from last week.

I’m going to go to Louis Oosthuizen for this exercise, and people who know me know I’m not a huge fan of his, so this is very unbiased. He played with Benny An, who played well on Thursday, but he gained strokes putting, while he is 202nd in the world in putting (aka NOT GOOD). Let’s compare their rounds:

Ok so they only shot 1 stoke difference, but they got there in a different fashion. A normally bad putter gained strokes on the green, and a normally good putter lost strokes on the green, while absolutely striping the ball – he was 6th in approach in round 1. So, by the idea of the law of ball striking over putting, we want to take Louis here and hope for some regression towards the mean. Round 2?

Woo! There it is. Louis, albeit not good, got better in that category, and Hun An was over 2 strokes worse on the greens. Louis keeps the ball striking positive and shoots a 73, Ben An doesn’t, losses the putter, and misses the cut.

Ok so gained strokes putting, but the SGTTG is driven by his around the green game – he chipped in for eagle and put every other chip close to the hole – so kind of smoke and mirrors there as he lost strokes on Approach.

Hoh boy, he lost almost 2 strokes putting and he’s an above average putter – ranks better than Homa in 2020. Approach and Off the Tee (OTT) both is the positive. Let’s check out round 2.

Ok so the putting digressed, and we no longer are chipping out for eagle! Pretty large swing in Around the Green play, but when the approach is not there, a lot of around the green now relies on angles, pin placement, lies, etc. And now…

So, approach basically stayed the same and WOAH!! Putting positive regression!! NOW, do we expect a 7-stroke difference each round? Of course not. But one guy was hitting the ball well, and one wasn’t, and the putting regressed towards the mean on day 2.

Using this logic, I’ll be throwing out some guys on Thursday afternoon after round 1 to play or fade. Are we reinventing the wheel here? Absolutely not. But with this, I am taking the research out of the equation for you, and we can use this kind of information for our advantage to make us a little moneys. And as we go, we can tweak our thinking based on the outcome of our bets and learn from the results. But even if at first we don’t succeed, we must remember, again, it is a little white ball we are hitting. I’m excited though, and I think there is some serious potential here. See y’all Thursday!