Webber wows again in Hilton Head: Can he be stopped?

Coming down the stretch in Hilton Head this week, birdies were flying left and right, with each player going lower than the one who finished before them, and seemingly no one feeling the pressure of the moment. At the end of it all, one player stood just a single stroke above the rest, and that man was Webb Simpson. Displaying yet another example of his re-discovered killer instinct, Webb played flawless golf late, holing putt after putt to triumph by one over Abraham Ancer and others. For a long time we asked ourselves when Webb would win again (after a stretch of winless golf from 2013- into the 2018 season), but now the question seems to be: How MUCH can Webb win?

To his own admission, Webb wasn’t where he wanted to be 3 years ago. Sure he had won a few times on tour and captured a U.S. Open, but he felt he only really gave himself a chance to win a few times a year, and that wasn’t good enough for him. How could he get into contention more consistently, and catapult himself in the top 15 or so players in the world? Using Justin Rose as motivation, Webb said he sat down with his team and broke down every thing that went into his game: mental, physical, diet, exercise, etc. What has emerged over the next 3 years and counting is a man who believes he can win anywhere, play with anyone, and has no issue with performing under pressure.

The statistical reasoning for Webb’s turnaround is the putter. After finishing 174th, 177th, and 88th in SG: Putting from 2015-2017, Webb has finished 5th, 11th, and is currently 26th in 2020. Those are major improvements. When we had Paul Tesori on the show last year, we asked him about Webb’s new putting routine, which is much quicker than it used to be. Paul basically said the goal was to simplify things as much as possible. Pick your line, pick your speed, take a look, and bury the thing. It is paying off big time. Webb has quickly cemented himself as one of the best clutch putters on tour, which would be nearly impossible to believe 4 or 5 years ago. You know the saying, “Drive for show, putt for dough”. It rings true with Webb, as he will never be one of the best on the tour off the tee. As a matter of fact, it is a big weakness of his. However, his iron play combined with short game and new found putting stroke make him a threat almost anywhere he tees it up.

As important as putting is, it isn’t the only reason for Webb’s turnaround. He has been in big moments a lot over the last three years, and has risen to the occasion almost every time. You don’t do that with out a caddie that knows not only your game but your personality. The trust between Webber and Paulie is easy to see on TV, and that trust combined with their chemistry make them a dangerous duo when it’s winning time. Webb has reinvented himself as a winner, and it is really cool to see. I think his turnaround is a great example of how mental the game of golf can be. All of these guys on tour have immense talent, some more than others, but everyone is capable. Webb and his team have seemed to unlock something that allows him to perform almost every time it’s winning time, and it has been exciting to watch. Sure, he isn’t going to win them all, but is anyone going to doubt Webb Simpson down the stretch any more? I didn’t think so. At this point, I expect Webb to contend in a number of majors in the coming years, and would be less than shocked to see him claim major #2 while on his way to cementing his status as one of the best in the game. It may just be Webb’s world after all. 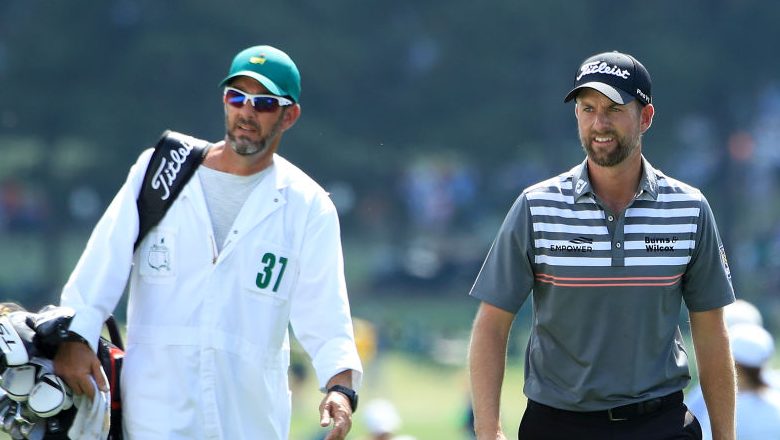