It is Open week folks. Below you will see 16 players who have all had different journeys to this point, but who all have the same goal this week. We did our best to summarize these paths, and wonder just what might be said if they get their hands on the Claret Jug this week.

He’s past his prime, they said, Lee will never capture that coveted major. Little did they know what was brewing at Portrush. A man known more now for his off the course antics than on, can he make one final charge, give the game one final chance, and right all the wrongs over the years? Is it unthinkable that after so many close calls Lee Westwood finally wins one, and with becomes the first English Open winner in how many years? Surely it can’t be done.

He roams the fairways with an ease, his brown locks flowing from the back of his cap. Never hurried, and never out of sorts, Mr. Fleetwood goes about his business, day in and day out. But on the inside of all of that calm is a fire, a drive to be the best. Often fading in the final days of tournaments, Tommy Fleetwood has yet to capture a title on the PGA Tour or a Major Championship, but wouldn’t it be special if he were to cement his status among the games best at Royal Portrush. A certainly popular winner that would be.

What is he doing? They wondered aloud. Playing 10 competitive rounds since his last Major victory at Augusta is a recipe for disaster. Do they forget who they speak of? You feel his aura, and you hear his roars. Tiger Woods is a threat, no matter where, no matter when. A man who has been through it all, he is fearless to the moment- always working to put himself in the mix, chasing that elusive 4th Open Championship. After what he no doubt considers a missed opportunity last year, what would be more Tiger-like than getting #16 in Northern Ireland? Exactly.

When this man last contended in The Open, even he wasn’t sure he was rooting for himself.  Many consider him to be a lucky Open winner; one that robbed them of one of the greatest golf stories to ever written. It’s true that Tom Watson winning in 09′ would have been a top 5 golf moment ever: Ole’ Stew doesn’t care. He has been there before, and there is nothing more Stew likes than playing spoiler to the field. After chasing down crowd favorite Watson at Murfield, the bald headed assassin could be eyeing hometown hero Darren Clarke next.

Oh no, not this guy again. ZJ in Opens is like the fly you can’t kill. You use a swatter, the newspaper, a shoe…it doesn’t matter, it finds a way to survive. For 12 straight years, Zach Johnson has seen the weekend, using his short strides and spectacular wedge play to dice up the links. Last time Zach hoisted the jug, in 2015, he ruined a storybook ending for Marc Leishman and a Grand Slam bid by Jordan Spieth. Just how he likes it. A man who is clearly fond of the more famous tracks around the world, what a story it would be for him to capture yet another Jug, this time at a course that hasn’t seen Major golf in 68 years, and who knows when it will see again. While his hair is lacking strength, his confidence is not. If he is in the mix, you better believe he can win this thing.

They adore him. They want him to win more than anyone else. But there is still a golf tournament that needs to be played. Armed with all the talent necessary, Rory is no stranger to expectations; even this may feel different. Back in his old stomping grounds, a man who once struck fear into his opponents now has seemed to lost that edge, even though his world class talent remains. He has had ample success over the last 5 years, but the majors continue to elude him. What would be better than for the one time teenager who fired a 61 at RP to come full circle and re-assert his dominance and capture his first major in 5 years? The rest of the field knows Rory can make them look bad at any time, they are just hoping the expectations and pressure will be too much. Time to sit back and watch.

A boy from Stevenage, Great Britain grew up with one dream as a boy and that was to become The Champion Golfer of the year. This man has thrived his entire career off of people telling him he can’t! Chest bumps, going bananas after putts, calling hole out’s this man has always had what it takes. IJP now has an opportunity to make that childhood dream come true at The 148th Open Championship at Royal Portrush. We have seen Ian flirt several times before, can this finally be his moment at glory.

They call him the beef from afar. His long scraggly beard, meaty body and famous strut, fans adore this man and he can make a storybook ending like we have never seen before. When Beef stepped up to the first tee at Royal Portrush we heard hundreds of fans chanting his name but little did they know he would be an actual threat at The Claret Jug. Unfortunately for The Beef smiles don’t win you The Open Championship. He has trials and tribulations ahead. Can he handle the elements and origins? Will he be able to face the test of rain and wind, fairways and greens missed in regulation. It is up to The Beef to go and scheme a way to win that Jug.
Miguel Angel Jimenez

The Most Interesting Man in The World has gained fame and notoriety throughout the years and throughout the world but who would have thought at 55 years young he would be contending for a British Open Championship MAJ isn’t only chasing a jug he’s chasing history and being the oldest major champion ever. We can only imagine the wine being drank and the cigars being smoked if MAJ decides to gear up and take The Claret Jug back to Spain. The after-parties even the Irish would think were wild. We all know MAJ could have done it but can he do it?
Graeme McDowell
G-MAC is famous in this part of the world. Boy, do these fans love the hometown kid. When we all grow up we daydream, we foresee events that are known as impossible to the average man, we see things that we want most in life as for Graeme he envisioned lag putts rolling in and Claret Jugs being hoisted. Rarely do these dreams become reality. Right now July 28th 2019 Graeme McDowell has that chance. His father once told him after charging up top the 18th green “You’re some kid” after he won the 2010 U.S. Open at Pebble. I could only imagine what his father and friends will be doing if Graeme finishes with the lowest score this afternoon in Northern Ireland.
David Duval

Failure, heartache, pain, tears, loneliness all feelings a man will face in life and David has certainly faced the above. A man ranked #1 in the world over Tiger Woods in their primes, a man that once won 11 times in 29 events from 97 to 99, a man that won the 2001 Open Championship at Royal Lytham & St. Anne’s Golf Club and a man that then became a ghost. David Duval from 2002 to 2014 missed 153 cuts in 243 events. If David wins this week it would be as unlikely as the Loughness Monster being real. Can David handle one more chilly day of golf and beat down the Irish winds and storms? 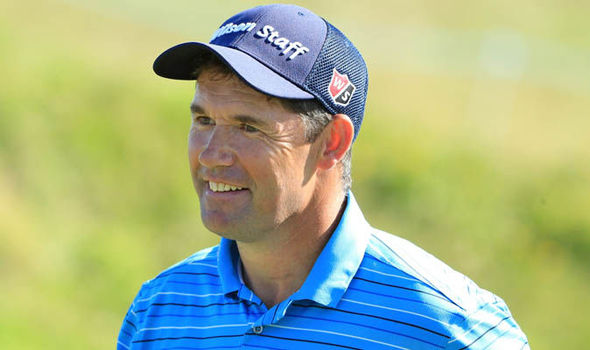 Everyone was ready to give up on the old Irishman. Paddy has had his moments in the sun. Surely he cannot find his way into contention at Portrush. Yes he is from Ireland but his game simply isn’t good enough right now. Padraig is built differently. When everyone thought he was over, Paddy struck back, one final time. Why do you think he came all this way? 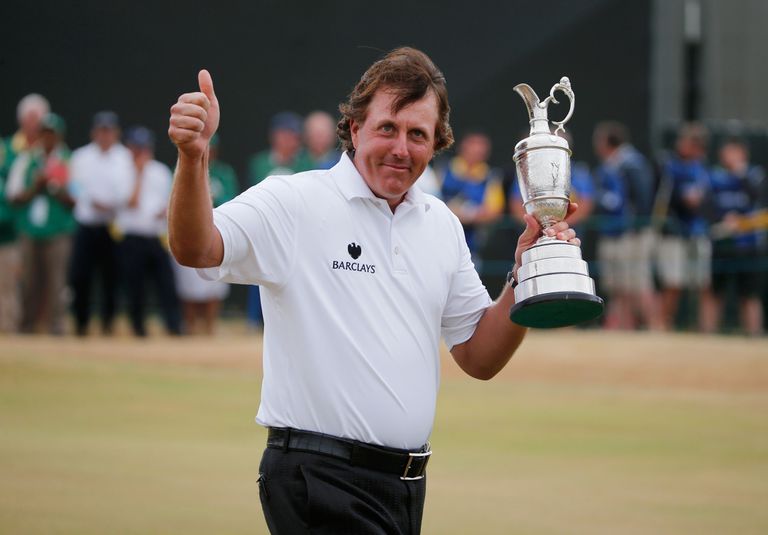 A man that decided to go on a bizarre six-day fast in the weeks before the 2019 Open. A man that has openly admitted his game is in nowhere near top shape. A man that has stated that he is not mentally sharp right now and is getting fatigued during rounds. With all this said, this man is still Phil Mickelson. Can he somehow find enough fairways and dial back in those always lethal wedges? Can he roll the rock like he did in 2018? Can Lefty catch lightning in a bottle in Northern Ireland? I surely wouldn’t bet against him. 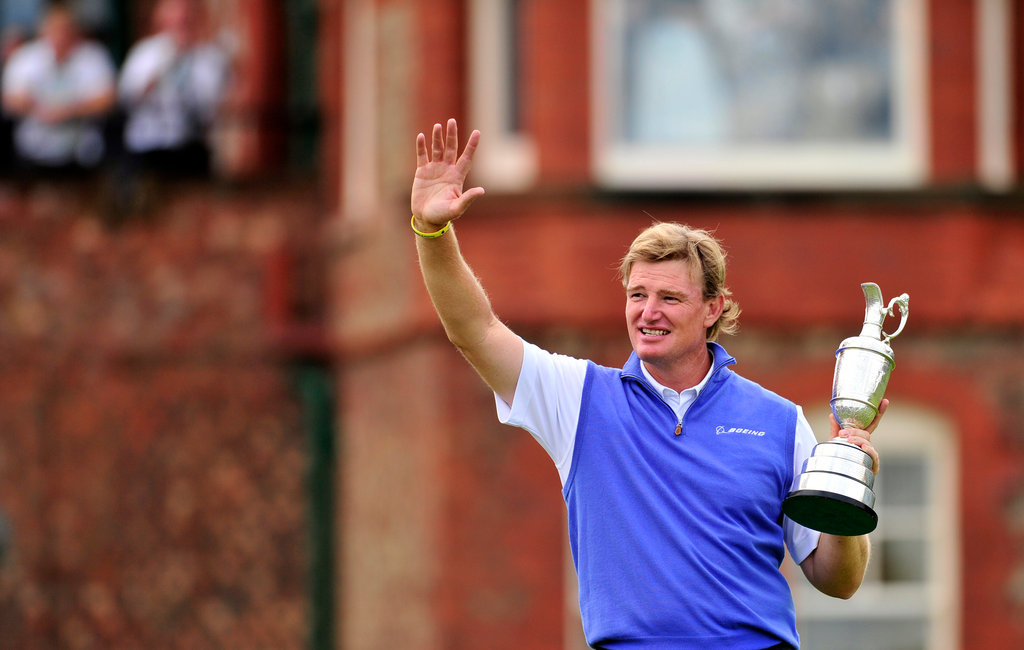 The Big Easy. For years he thrilled galleries with his graceful swing, classy short game, and constant smiles. But that was then, and this is now. The only thing that Ernie is playing for this week is to somehow find a way to see the weekend. Right? Not so fast. This big lanky South African may have one final moment in him. One final chance to captivate a nation and show that some times all it takes is belief. Hope springs eternal. That’s Ernie Els.

The 2015 Open Championship was pure heartbreak for Marc Leishman. Leish played unbelievable golf on the weekend at St. Andrews and found himself in control with three holes to play. An unlucky bogey on 16, followed by just missed putts on 17 and 18 landed him in a playoff instead of hoisting a Jug. Marc remembers that feeling. It has never left him. He’s tasted victory since then, but there’s always been a bit of a craving for more ever since that gloomy Monday where he came up just short. Royal Portrush offers Leish a chance to conquer those demons. A chance to rise up and recapture what is rightfully his. With his little boys and wife Audrey by his side, Leish can sense destiny approaching. He only has one thing left to do– go snatch it.

To know Tyrrell Hatton is to love Tyrrell Hatton. TBone will be making his 8th career start at the Open Championship in Northern Ireland this week. In his purest of forms, Tyrrell is a fiery competitor, a deadly iron player, and a capable putter. Will that skillset be enough to catapult him into contention at Royal Portrush. He seems to think so. And when TBone wants to go chase something, you had better get the hell out of his way.

Countdown to The MastersNovember 12, 2020
Time to go low!