Each week, our panel of writers will be asked a question about the game of golf.  Topics will range from their predictions for the Tour season to what they would order from the concession stand at Augusta National Golf Club.  No subject is off limits for this esteemed group.

This past weekend, Ammy Hour Alum Max Homa notched his first career win on Tour.  Being a Tour winner changes a player’s life in so many ways.  With so many great players who are yet to notch a victory on Tour, we asked our writers who will be next.

This week’s question:  Who will be the next first time Tour winner? 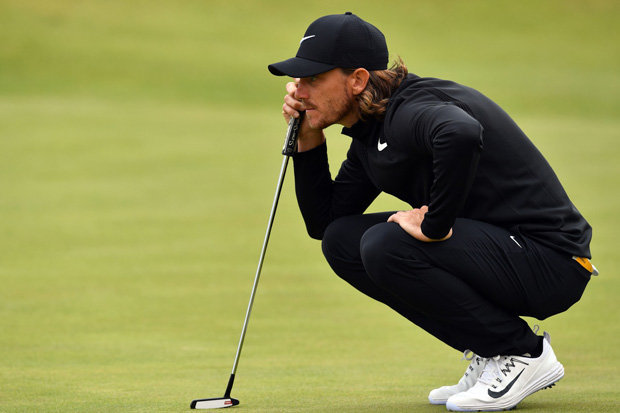 Jack Corrigan: It’s wild that he still hasn’t won on the PGA Tour considering he’s as talented a golfer as anyone.  This guy will win soon and I believe it will be a big event.  He’s one of the few guys when you can say any course fits his game. 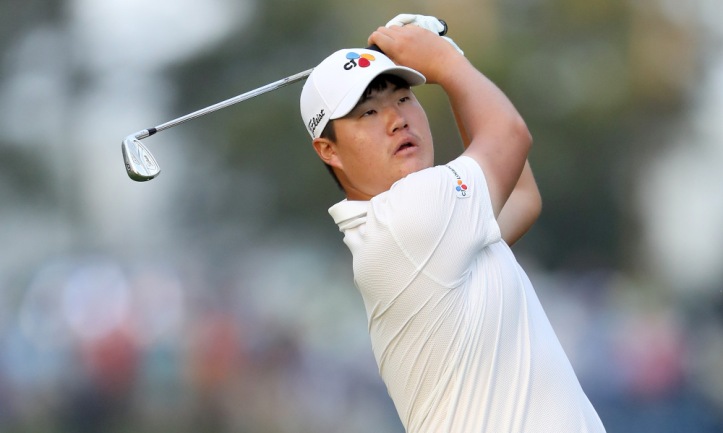 Jake Mulholland:  Good for Max.  Goofy guy, but definitely a well-deserved after battling some early trouble on Tour.  Rouge is locked in on Sungjae Im for the next first-time tour winner.  I’m keying in on him this week at the Byron Nelson, a track that can reward those who are unfamiliar with the grounds. Wise took this one last year, so look for a rook (may not be Im) to snag his first win this week.

Sam Scherman: I wrote him up in late 2018 as someone whom I fully expect to be contending in his debut season after he finished hot off the Web.com Tour.  We’ve certainly seen numerous flashes so far this season. From his official debut as a pro back in October 2018 at the Safeway through last week’s Wells Fargo, Im holds 7 Top 15 finishes, which includes a 3rd at the very solid Arnold Palmer Invitational field (debut), a 7th at the Waste Management Open (also a debut), and has made 14/20 cuts.  He has a ton of talent, as we already knew, as he led the Web.com last year in earnings, birdies made, most Top 10 finishes, and posted 2 wins, 2 2nd place finishes, and 2 Top 10 finishes.  His resume speaks for itself and his stats have certainly translated to the Tour as he gained strokes T2G in 17 of his 20 starts, showing ultimate consistency, ranking 25th on the PGA Tour in scoring average, and 24th in overall SG: Total.  We have seen Im near the top of the leaderboard multiple times and even though he hasn’t closed one yet, I think it is very soon (maybe even this week), and I think we continue to see him challenge fields for years to come.

Bear: Don’t overthink it, the answer is Sungjae Im.  He has been the best rookie on tour this season, boasting top tens at the WMPO (T7), the API (T3), and Valspar (T4).  He’s been knocking on the door all season, and I don’t see why he won’t break through soon. It is simply a matter of time. 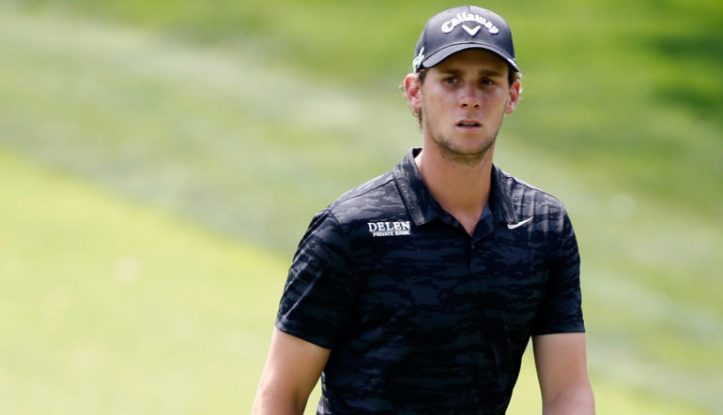 Mike McNamara:  A few other Europeans will probably be more popular choices here (Fleetwood, Hatton, and Noren), but I am going with the Belgian bomber.  In fact, I think there’s a chance it could come in the next two weeks as Pieters returns to the states to play in both the Byron Nelson and the PGA Championship.  This is a man that is capable of competing with the world’s best when he is on, and has shown that he can play well in majors.  Keeping his temperament in check has always been a key, but if Thomas stays composed, he will find the winner’s circle very soon. 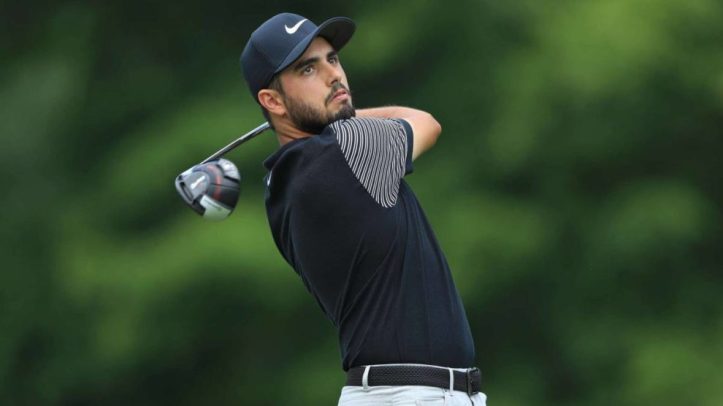 Tony Kasper:  Abe has been in the mix in plenty of tournaments over the past year-plus.  He’s also flashed the potential to post very low numbers, highlighted by his 62 during the third round of last season’s Quicken Loans National.  His issue is consistency, as he’s too often on the wrong side of the cutline entering a weekend.  When he makes the weekend in contention, he lets a few holes get away from him that costs him a shot at a victory.  He’s talented enough to do it, he just needs to string together four solid rounds to find the winner circle. 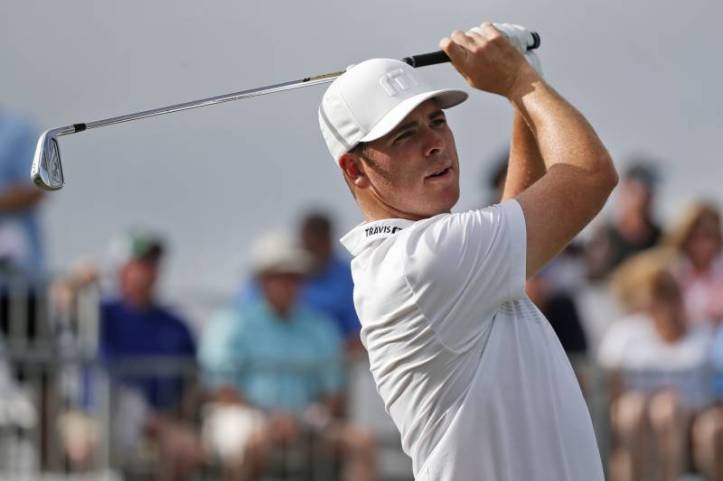 Kevin Walsh:  Your next first time winner on the PGA Tour is Luke List.  Only being one of the worst putters on tour over the last 3 years has kept Luke from that coveted winner’s circle.  He’s got a great long game, and routinely is near the lead in distance off the tee.  One of these weeks he will put it all together, similar to what Max did, and finally put the field away.  It’s only a matter of time for Luke. 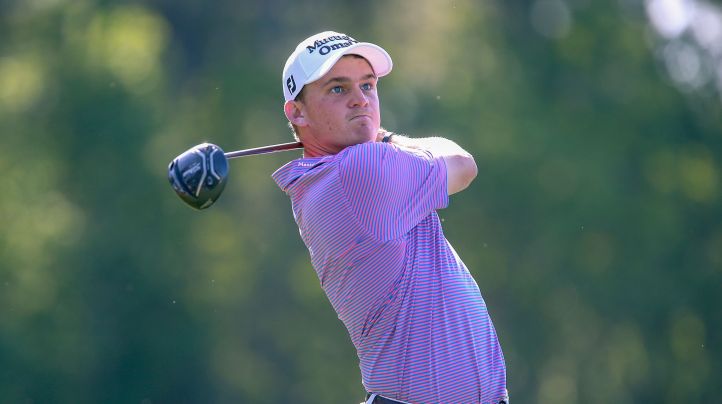 Sean Carney:  There are a lot of European players that could be chosen here as they are definitely talented enough to win stateside, however they just don’t get the reps on the PGA tour. A perfect example is Tommy Fleetwood.  Though, he has been playing more on tour of recent, will he make enough starts over other guys to breakthrough?  With that being said, I am going to pick a guy who seems like he’s out there every week – Bud Cauley.  Cauley hasn’t been on the tour very long, but he has made 94 cuts out of the 154 tournaments he has played in, which is about a 60% clip of being there on the weekend.  That’s often half the battle.  Cauley has multiple top 10’s and has finished in the top 5.  This is a guy who has been on the top of the leaderboard before, but just hasn’t been able to put 4 days in a row together.  I am confident Bud will break through here soon and notch that coveted first win on Tour.

Frank Laterza: This is 100% biased, as my love for Buddy, my Buddy really flared up around 2 years ago.  He is always rostered on my DK teams, and he is a great social media guy who isn’t too cool to respond to his fans.  On top of that, he’s actually pretty good at golf! The best part of the game is around the green, where he ranks 2nd in strokes gained on tour.  I personally like his game, as he isn’t the longest of hitters, but he has the grit and determination needed to win on tour. He doesn’t shy away from the big moment, and being best friends and roommates with JT certainly helps.  Buddy got next!