5. Is Justin Rose alright? We all know JR is Mr. Consistent but his game took a toll for the worst at The Masters and he missed the cut, something he rarely does. In his press conference, JR stated: “I have no idea where my game is at.” Not very enlightening to hear. 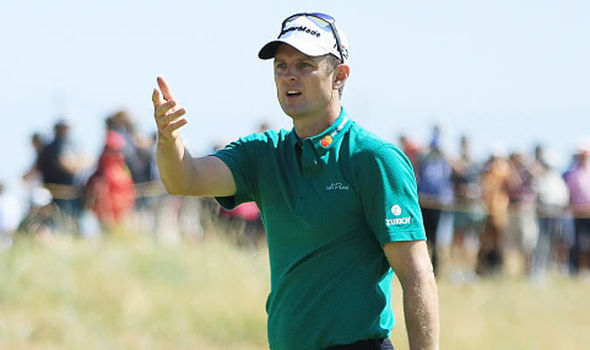 4. Cameron Champ a bust? Yes, it is extremely early in this kids career, but I also never saw Jordan, Rory, Justin, Jon Rahm and many other young cats struggle this hard. His game is in shambles and we heard about this kid from October to February on Golf Channel religiously, so we as fans have every right to expect more out of him. Time to prove yourself.

3. Does Rory cement himself as the best player in the world? In my opinion, Rory Mcilroy has been the best player on the planet this calendar year. He has been in the mix almost every tournament. He has a win at The Players already. If he wins this week it could be a huge momentum boost for Bethpage Black, where I believe he will win.

2. The Green Mile – 16, 17, 18, every great course has a stretch of holes to be remembered by. In this case, Quall Hollow has a closing stretch called “The Green Mile.” 16 – long dogleg right, over 500 yards with water all along the left side of the fairway and green. It is most definitely in play. 17 – a long par 3 where you have to carry a large pool of water and hope for the best. 18 – another long tight par 4 with a creek on the left side, so you can’t overcook your draw. This little creek has crushed many victims hopes in the past of winning this golf tournament and will surely crush many’s hopes once again.

1. Rickie Fowler – He was my preseason player of the year and unfortunately he has ghosted us recently. The Honda Classic was a moment after the Phoenix Open where I thought maybe my prediction could come true. We all know he has got the game, in my mind it is all about his belief in himself. He quite frankly needs a major. No, he doesn’t need one to prove himself as a top player, but he needs one to help his legacy. Right now many guys in his era are way ahead of him and he has some catching up to do, given that he has been on tour far longer than they have and they already find winning easier. The time is now Rickie, prove it.