5. How does Captain Jim Furyk rebound? – Jim Furyk played sensational golf last week and had many in shock during his final stretch at TPC Sawgrass. He showed that he embraced the moment walking after the ball when he hit his approach on 18. He had a swagger we had not seen before. I am very interested to see how he rebounds because I believe he could be semi-back. This is a guy that was one of the most consistent guys on Tour before he became captain, and now he has a chance to focus on his game once again. Keep an eye on Captain Jim this week. 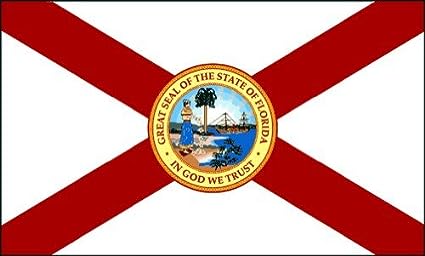 4. End of the Florida stretch – Hawaii, California, and now Florida. Once this stretch ends we get into some spring ball and find ourselves in major season before we know it. Keith Mitchell shocked us at The Bear Trap, Molinari proved once again he was one of the current best on Tour, and Rory finally closed and received his 15th win. It has been a very fun stretch, and I am interested to see what the storyline will be at the last stop in Florida.

3. Team TaylorMade – In my mind, one of these three guys wins week, and I would love to see a battle between them down the stretch. Dustin Johnson, Jon Rahm and Jason Day are headlining this week, and they have the chance to make this tournament interesting. With the NCAA Tournament starting this weekend, it will be extremely tough to compete and get viewers, but if people start seeing a showdown between these boys I believe there will be many switching over and tuning in to see these studs close it out and battle one another.

2. The Snake Pit – 16, 17 & 18 at Copperhead is one of the toughest closing stretches on Tour all season long. Florida loves its nicknames for closing hole stretches, and this one is an absolute grind.  16 is a long par 4 with water all along the right side, so a draw is preferred here. After, even if you make the fairway its a tight shot into the green. Par is certainly a great score here. 17 is a long par 3 with bunkers lined up around the green. This is a hole that you just want to throw it in the middle of the green and fight for par once again. Last, 18 is another long par 4 where we have seen many dramatic finishes, including Tiger last year. It is extremely! Tight and if you are the slightest bit off you are in trees, this is just one of those stretches where if you go through it even par you take a deep breathe after, especially for the guys we pick in our one and done pool. 1. March Madness vs. Valspar – We all know who is winning this ratings battle and where all these eyes and Twitter ears will be, but this tournament has the potential of something that can gain the eyes of golf fans if we get the headline names in the mix. It is a good small tournament to pawn off against opening weekend of March Madness and hopefully we are jumping around back ‘n forth come Sunday afternoon.