5. Tiger WD – Tiger had to withdraw this week at Bay Hill, where he has won 8 times! He takes a week off due to a neck issue. Anytime Tiger sits out there is going to be speculation. He has brought a whole rejuvenation of energy back to this sport and as fans, we hope for a safe recovery and a bounce back next week at Sawgrass because The Player’s would not be the same without Tiger in the field.

4. Arnie Jr. – That is Rickie Fowler. No player on tour resembles Arnie’s personality more than Rickie Fowler. All signs lead to this being Rickie’s career season. He just turned 30, he seems devoted to winning a major now, he seems to be happy with his love life, he’s contending consistently, hitting big shots… I believe this is Rickie’s year. With only 5 wins at the age of 30, Rickie is not a guy that wins consistently and realistically is not known as a winner. If he wins this week, he makes a statement that any tournament he tees it up in he is a threat. This is a huge week for Rickie coming off a second-place finish, and I want to see him make some noise once again, and believe me he wants to do it at “The King’s” playground.

3. Bryson vs. Brooks – Golf need’s rivalries, and these two young Americans are starting to become just that. Brooks has dissed Bryson’s slow play and Bryson has chirped back at Brooks. The two are Old School vs. New School, Power vs. Precision, Slow vs. Fast, Nerd vs. Jock, this has rivalry written all over it! Polar opposites who somehow have started a feud, and believe me they don’t like one another. These guys may be complete opposites but they are both as competitive as one another, and that is what makes this new rivalry so awesome. Look forward to these two being paired together this Thursday and Friday.

2. The King – Of course we have to show some love to Arnie, The King of Golf, and he so happens to make one of my favorite drinks. Arnold put golf on the map and created the Golf Channel. Arnie was a figure almost greater than the game, if that is possible. He was not the greatest golfer of his era, but he was the most well known because of his personality. Arnie was a guy that would talk to you and make you feel important. Lee Trevino once said, “How difficult is it to look someone in the eyes and say how are you doing today? Arnie started that.” Here’s an Arnold Palmer quote that I love!

“I can only tell you one thing that I do know for sure, I am a dreamer. There are not many people that will recognize or want to recognize the fact that they are dreamers in their own life … I continue to get up in the morning, enthusiastically, and go pick up a golf club with a thought that I can somewhere find that secret to making the cut. That’s just an example, but it applies to other things in life, too, and that’s the way I live and the way I think and the way I feel.”

1. The battle for Numero Uno! – Justin Rose, Brooks, Rory, Bryson and Rickie all fighting to try and get to that #1 spot in the world. I feel like it has never been with close with so many players. This week is a huge test to see which one of these guys throw a big punch and makes a statement that they are the best! It seems to change week by week who we think is the best right now. I am very interested to see how the top dogs compete this week. 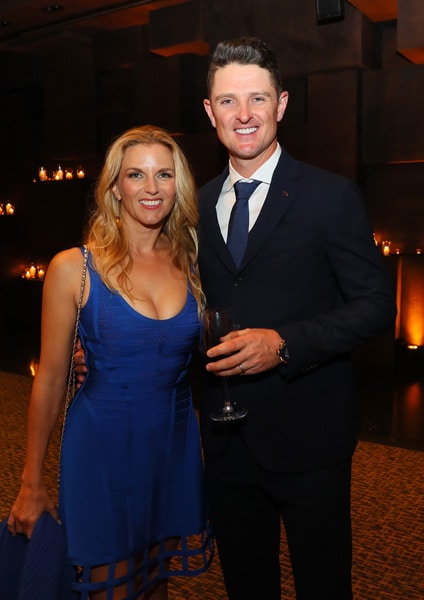