The Sony Open is definitely not known as one of the most prestigious tournaments of the year, but this season’s field coming in could cause some storylines to pop up. Should be a fun weekend following the first full field event of 2019! 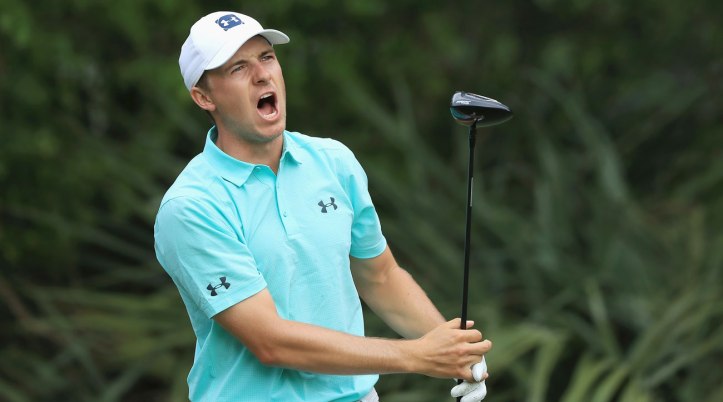 4. Jordan Spieth 2019 debut — Jordan Spieth, for the first time since 2014, had 0 wins for the entire season in 2018. From 2015 to 2017 alone, he had 13 wins worldwide and 3 major victories. Does last season put fuel in his tank or will the cold streak remain? We will also see if the marriage life will help or hurt Jordan, noting that he was recently married Thanksgiving weekend and was on his honeymoon in the Bahamas after that. There are a lot of questions on Jordan Spieth heading into the season.

3. Does the JT era continue? — This week, I believe, shows what Justin Thomas we’re going to get this season. JT has looked as good as any golfer for the past 2 years and had his memorable 59 here just a couple seasons ago. If he dominates this week again, I believe it will be his season with a bunch of other guys behind him in the pack.

2. Does Cameron Champ show up? — Nobody has been talked about more than Cameron Champ for the past 4 months in the entire golf world. Dude can bomb it 20 yards longer than DJ, but can he close out a tournament with big names? Yeah, we get it, he won in the fall, but he hasn’t shown me he can be elite on tour yet. Jordan, Rory, and JT were doing a lot greater things at 23 than Cameron has, yet he’s the new hot topic.

1. Patrick Reed vs. Jordan Spieth showdown — Last fall Jordan Spieth and Patrick Reed seemed to have had a falling out after the Ryder Cup. Patrick went to the press and claimed Jordan bailed on him and went with JT because he cared more about friendship than country. Could you imagine if Patrick Reed and Jordan Spieth were paired together on the weekend with a chance to win? Oooowie! That would be nice!