It’s here. The toughest test in golf and I’m excited to see a Phil quad from the fairway and Spieth complain about the quality of the greens. But first how about a quick recap from my inaugural DraftKings article for the St. Jude Classic from TPC Southwind.

**Also, please see at the bottom for a brief Total Driving ranking both run by me and the YTD Total Driving as calculated by the PGA Tour.** 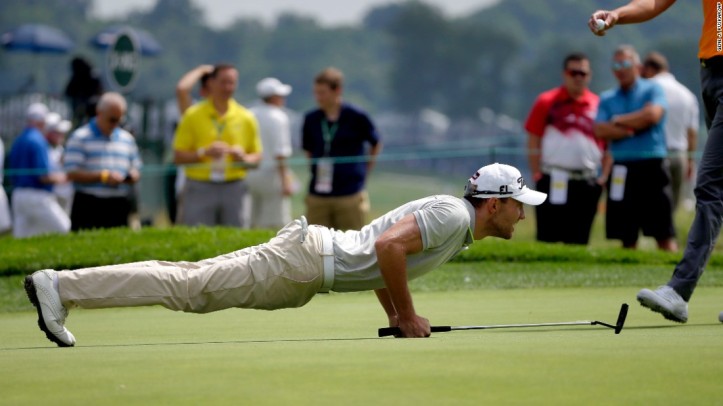 –My power rankings had DJ as #1 (as everyone’s should have) and he dominated. He’s scary.

-My sleepers and fliers had good runs as Putnam was only owned by about 5%, as predicted, and he ended up in the final group on Sunday with an outright 2nd. Pretty good but man he just had no chance against DJ when DJ hits the ball like that (not that anyone else does either).

-C.T. Pan, my current favorite player on tour, also played great through the first 3 rounds and looked like he could lock in a top 10 but he faltered on Sunday; still decent DK scorer

-Goosen, an old warrior, played well and did what I hoped he would on Sunday, he went out and shot 66 for a nice T6 finish. Love to see that.

-Byeong Hun An did anything but continue that solid form; after I touted his solid SG: APP ability he went ahead and lost 3 strokes to the field in that category

-Tom Hoge: Loved him at his price but he definitely crushed a lot of lineups I had with huge potential as he lost -2.2 strokes putting (should have seen that coming) and lost strokes with his approaches

Overall a very solid week in DK as profitable is always good and I managed to take down a small tournament run by one of my favorite guys on twitter, Matt Wiley, and will make a small guest appearance on his podcast, GOLFLANDIA, which everyone should listen to anyway. Also follow him on twitter @wiley77.

For a comprehensive course preview and what I see as important to succeed this week, please see my article that I released last Friday. I broke down the course, past trends, things that correlate to US Open winners, and much more. I think a key thing to keep in mind for a week like this where it’s one of the most stacked fields of the year is that you can make a definitive argument for any of these top 20, top 30, etc. guys in the world and why you should play them: they’re damn good and ranked so highly for a reason. A key differentiator; however, in a week like this is to be able to find pivots but also if you truly believe in a guy to play well and you like his stats, his form, etc. that you eat the chalk and roll with it. In my opinion, sometimes it’s just not worth it to take the chalk despite someone lining up well. I think a perfect example of that is someone like Luke List. This guy is consistently owned at over 20% every week and if you look at a tournament with a weak field, the Valero Texas Open, several weeks ago he carried about 28% ownership in most major GPP (Guaranteed Prize Pool) tournaments. For me to have significant overweight to the field I would have to have owned him at 40% or more which in turn REALLY limits some of my other guys and their exposures. I got lucky that week as I full faded and he missed the cut but despite my stats model having him number over 8, 12, 24, rounds, it wasn’t worth it to me.

A few notes about some of these stats:

-I chose to use this “Total Driving” mix instead of the one provided by PGA because that only gives you a YTD view. As most know, form is so paramount for PGA players so those having a rough time the last month, or vice versa, will have skewed stats.

-This proximity comes from me researching the length of holes and figuring out target landing zones. Since we don’t have exact shot tracker data for this course and its history, I did my best to figure out target ranges and found that about 5-7 approaches should come from 175-200 yards with another 5-6 coming from 200+ (which includes the par 3 distances).

-Scoring on Par 4’s seems obvious, but with this course so long it’s important to at least take a glance at who scores better on the longer ones as 7 of the 12 par 4’s here play at minimum 450 yards.

Players I’m Targeting This Week (and my approximate exposures):

Dustin Johnson ($11,700): I don’t really think it would be a good use of anyone’s time for me to write a blurb about why you should play Dustin Johnson. However, I guess the only thing you could say if you want to take a walk with me down narrative street is that no one has ever won the week before the US Open then capture the title. Let’s also remember that TPC Southwind has only been the week before since 2007 and let’s also remember that DJ is a specimen. I’ll be targeting 40%.

Jordan Spieth ($10,800): Alright. I feel like over the last year or so, at least since the Open Championship last year when Jordan took about 30 minutes to hit one shot, people just hate him. Yes, he bitches a lot and it’s incredibly annoying. I’m not going to sit here and say “Something’s gotta give. He’ll turn it around.” Etc. etc. Why I’ll be on him, at least somewhat is because if we look just at his longer term for (50 rounds), he’s still 4th in this field in SG: T2G, 6th in SG: BS, 10th in SG: APP, 12th in both SG: Par 4s and GIR%. I would say those are pretty good stats and despite me completely agreeing with the narrative that he’s in his own head and his putting has obviously been atrocious, I ALSO think that people are finally sick of losing money on him which = low ownership. 5th ranked player in world and we could see around 10-12% ownership? Yeah, I’ll gladly take 20% and be overweight the field.

Tommy Fleetwood ($8,100): It feels like he’ll end up being pretty chalky but it’s for good reason. Fleetwood ranks 14th in my full field model and despite not being in as spectacular form as last year before this tournament, he has all the tools to succeed here. 5th in Total Driving, 18th in GIR%, two of the most important key stats, I think he’ll play this links-style course better than most. I’ll target 30-40%.

Paul Casey ($8,000): I think the entire fantasy golf community is trying to figure out what happened on the pricing for this guy because this is just way too cheap. I imagine Casey will be either the highest owned player on the slate or in the Top 3 highest owned. He comes in as one of the Top 10 Guys (9th) in the 175+ APP range, Top 20 player in SG: APP overall and Top 20 in GIR%. Casey is consistently one of the safer players in majors and strong field tournaments and he even one for the first time in forever on US soil earlier this year. I will most likely try and match the field at what I assume is 20-25%?

Kyle Stanley ($7,200): I feel like you either love Kyle Stanley or you can’t stand the guy. I think he’s immensely talented but I’m definitely not a Stanley truther like @wiley77. Stanley comes in at great value this week as he is at a low price and is consistently one of the best ball strikers on tour. Combine that with being in the Top 30 in Total Driving and 19th in Par 4s from 450-500 yards, I like Stanley to hopefully come in around 15% ownership or less so I can be overweight at 20-25%.

Chesson Hadley ($7,000): I can tell I’m going to write about Hadley here and he’s going to shoot 79, 82 and miss the cut by 12 shots. However, I do think he’s going to be a solid play this week and shouldn’t garner massive ownership. Of all the key stats I’m looking at this week he doesn’t rank any worse than 35th in the field and has 6 top 20 finishes in his last 7 starts, including a T7 at the Heritage. He went through a bit of a funk a few months ago but has regained his form and looks to be a great price and great value as a low/mid-tier guy. I will look to have around 20-25% and hope to have double or more than the field.

Gary Woodland ($6,800): Fair warning, I am in fact a sucker for Woodland and normally get burned by him; alas, I love pain so I’m taking him again this week. Yeah, his form is not good. In his last 4 starts he has 3 missed cuts and a 23rd. However, he is still the 40th ranked player in the world and is only $6800 this week so the fact that he has solid stats makes me optimistic. I keep talking about Total Driving and how key it is this week and he ranks FIRST out of the field this week. The guy hits it far and he keeps it in the fairway. Furthermore, he is 8th in GIR%, 6th in Prox. From 175+ yards and 15th in SG: BS. Clearly he has the tools but just hasn’t put it all together since his win at the Waste Management in February. I’m going to target 15-20% and hopefully be double the field.

Byeong Hun An ($6,900): After a fantastic Memorial tournament, Hun An missed the cut at decently high ownership at St. Jude in which I was also a victim. However, I think this presents great opportunity as he’s now dirt cheap, a Top 60 player in the world, and has 2 Top 10s in his last 5 starts. His stats line up as he’s 15th in the field in Total Driving, 23rd in Scrambling, and 24th in SG: T2G. I’m expecting depreciated ownership after his MC so I think targeting 10-15% should put us WAY over the field.

Fliers (Take it or Leave it):

Dean Burmester ($6,000): European tour guy who I have no idea why he’s this cheap. Doesn’t play in the States that often but recently finished T12 in the BMW PGA Championship over in Europe in what was a pretty solid field. Guy hits a ton of greens and I like him to appear in a few lineups.

Ryan Fox ($6,500): This guy crushes the ball and came T8 last week at the Italian Open. If he can keep it in the fairway, he has an advantage in distance over 95% of the field. I’ll take him in a few lineups.

Sam Burns ($6,400): Young kid who recently got a win on the Web.com tour and has shown significant skill. Not entirely sure why he’s priced the same as an NHL referee who got in through an Open qualifier as I feel he’s a little bit better than that, and at this price, so does Vegas. Burns has strong fundamentals all around and people will remember a few months ago when he played in a Sunday round with Tiger and actually beat him, so I don’t worry about his nerves getting in the way. I’ll take a flier on him for sure. 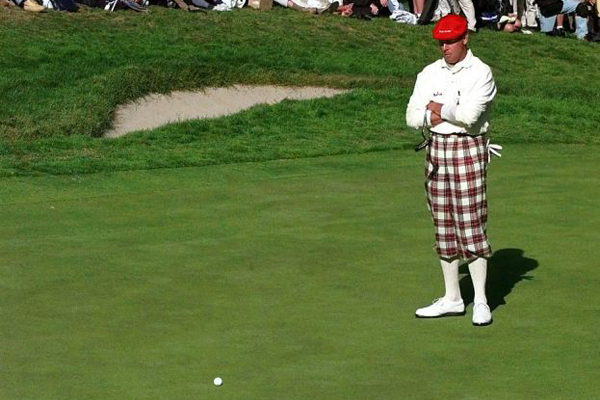 Total Driving Ranks as Calculated by FantasyNational.com (Over Last 50 Rounds)

Total Driving Ranks as Calculated by the PGA Tour (YTD)

That’s all for this major and I hope if I don’t win big money that someone reading this does! Follow me @sscherman for random tweets about stats that may or may not be useless and anything we can use as a ridiculous narrative as we continue to over-analyze the hell out of the toughest major of the year!