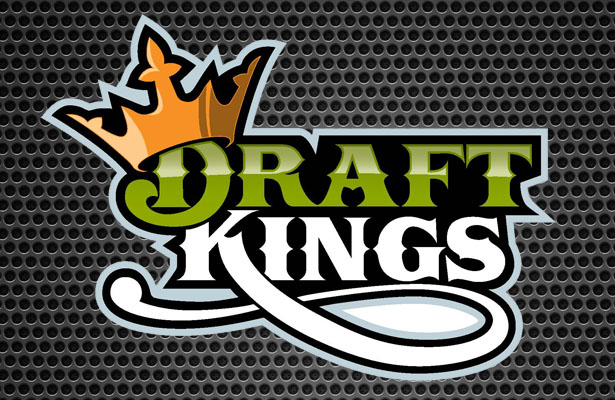 ** Post made by our new DraftKings Expert, Sam Scherman **

One week before the U.S. Open we get a pretty weak field (as to be expected) with the usual 10 or so WDs as more of the top tier guys try to qualify on Monday and then take the week off to prepare. Knowing that, be sure to check up until Wednesday night for all WDs. Some of the top guys to follow for that information are Rob Bolton and PGA Tour Media on Twitter.

TPC Southwind in Memphis, Tennessee is a Par 70 course that that doesn’t favor bombers or shorter hitters with manageable rough, a TON of water hazards, and 2 Par 5’s that are only 530-550 yards each. The front nine represents the easier side, and it is key that golfers take advantage before getting to 16, 17, and 18 on the back, where a vast majority of players can easily lose a ball (or 3) in the water. In fact, in the last 5 years alone there have been over 1000 balls that ended up wet. Lastly, it’s important to note that 7 of the 12 Par 4’s (almost 8) fall in between 450-500 yards, an important range for both Par 4 scoring leaders as well as the average approach from that distance (about 150-200 yards).

The stats that I’m looking at this week, in order of importance:

1) SG: T2G (per usual, this should always be highly weighted)

Brooks Koepka ($11,100): I don’t think this one needs much explanation because he could easily come out and win this tournament by 10 shots. Brooks’ stats won’t look that great recently since he took 4 months off after wrist surgery, but over his last rounds he’s #1 in DK Points scored, #2 in BoB%, #3 in SG: Putting, #1 in Bogey Avoidance, and #7 in SG: T2G. Yeah, I think he has the tools to win. Oh yeah, and he just came in 2nd in a tournament that Justin Rose had the best ball striking round of his career.

Luke List ($8,300): Fair warning, I am a Luke List believer and will keep playing him until he wins. This guy has come so close so many times and has such great stats you’ve got to believe he’ll break through. Top 10 in SG: T2G, SG: Par 4s, GIR%, 15th in DK Points scored, and a concerning 103rd in SG: Putting. Man this guy sucks at putting. However, we all know how volatile putting can be and can change on a week-to-week basis, so maybe this is the week List can putt at least field average.

Peter Uihlein ($8,500): Has the potential to be kind of chalky this week, but had a great weekend last week at the Memorial, and I think he can keep it going. With 2 Top 5’s in his last 3 starts and as a great Par 4 scorer, I think Uihlein has strong potential for a Top 10 or better this week.

Brian Gay ($7,500): This guy is streaky. He may seem a bit inflated in price based on where he normally is, but he is a total course horse at a place where that has more significance than normal. Gay is a former winner here (2009) and has also recorded a 15th and a 6th (2016). Consistently one of the better putters on tour, he clearly has these greens figured out and is top 20 in the field on Par 4’s from 450-500 yards.

Tom Hoge: ($7,300): Very streaky player as well who hasn’t had the best form, but he did find something last weekend at the Memorial where he ultimately finished 13th. A good striker of the ball, 25th in the field, and solid on SG: APP, 19th, Hoge has the potential to be a sleeper pick that is hardly owned. Hoge has recorded a 12th here in 2015 and a win would put him in the U.S. Open.

Joel Dahmen ($7,100): I would be willing to bet that very few people know that Joel Dahmen has 3 Top 20 finishes in his last 3 starts. And even fewer would guess that he’s 14th in this field in SG: Par 4s, 14th in Bogey Avoidance, 16th in Scrambling, and 23rd in SG: Ball Striking. With an 18th place finish last year in his only appearance at TPC Southwind, I’m definitely willing to have some exposure at a reasonably low price. **I will monitor the industry however as he is getting some buzz, annoyingly, and if he becomes a chalky low-tier player I may look elsewhere.**

Fliers (take it or leave it):

Retief Goosen ($6,900): Decent course history as well and although he doesn’t play much anymore, I could easily see him making a quiet charge on Sunday for a backdoor top 20.

Vaughn Taylor ($7,100): You never know with this guy but a top 25 or top 20 is always in play for him; has played here several times so he knows the course.

C.T. Pan ($7,500): Because I will never quit this guy and his stats have slowly getting better; 6th in GIR% in this field, 18th in DK Points scored. He also may be the best dressed guy on tour, so he’s worth a dart or two I think.

Braden Thornberry ($7,700): Hilarious name but a stud who if you don’t know his name, you soon will. Holds a tie for the course record here (61) and finished 4th last year in his only appearance. An Ole Miss kid who’s a stud and has shown he can hang with the pros. He’ll definitely get a few shares of mine.